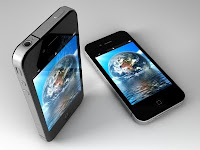 
We look forwarding to testing this further!
Posted by Alisa Miller at 12:36 PM