Journalism for Sale to the Highest Bidder -- Get Out Your Checkbook 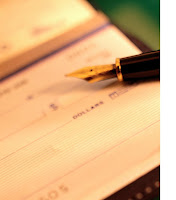 I wanted to call your attention to a column on the disturbing rise in "checkbook journalism." I hope this is a blip and not a trend, but unfortunately it may be the latter.

The Washington City Paper recently published an column by Dave McKenna on the subject. Inspired by the latest case when NBC News chartered a private jet for David Goldman to return with his son from Brazil after a long, drawn-out custody fight. NBC says this isn't checkbook journalism, because they technically did not pay for the story itself, but only paid thousands of dollars to charter a private plane and then got an exclusive or two... hmmmm, interesting logic.

Then he talks about the recent payments by ABC and CNN for photos from Jasper Schuringa, a passenger on the XMAS Day Northwest airlines flight where the passengers thwarted a bomb that happened to be located in the underwear of a would-be terrorist. Schuringa apparently gave his first interviews to the new organizations who bought his photos.

McKenna makes the point that "Checkbook journalism" is a term coined in the 70s, has been around in some form or another for some time. With that said, perhaps we are entering into some kind of resurgence of the practice, through tangential payment schemes.

It is important in terms of transparency that IF news organizations are doing this (which they shouldn't at all!), they should AT LEAST be transparent about what transactions might be underlying their content. Otherwise, it is only through other sources that this is leaked, or comes to light at all.

The entire practice of checkbook journalism will damage all organizations who proactice journalism. It should be completely avoided. However, if an organization does do this in some form, not disclosing these versions of payments make it even worse, as people are left to wonder if EVERY story has some underlying payment attached it.

So, if major journalism organizations are going to engage in payment-like practices (calling into question their long term viability to call themselves journalism organizations), the least you can do is disclose it. If you don't think it is something to be embarrassed about, then why hide it. This is important to media literacy and letting the consumer put the pieces together and giving them the right to make their own call.
Posted by Alisa Miller at 2:18 PM 2 comments:

Recently, PRI's program To the Point hosted by Warren Olney and from KCRW in Los Angeles tackled this important subject and interviewed Joshua Keating, Associate Editor at "Foreign Policy" magazine, which created a top 10 of missed stories for 2009. These are stories that could impact America and the world in potentially profound ways, but they were no where to be found. For whatever reason, whether it be a preoccupation by the commercial press to cover celebrity or controversy, etc., these stories went "missing." As Joshua said, "These are ... the kind of stories that tend to linger in the page four section of the daily newspapers, but never make it on to cable news or the blogosphere."

#1 The new shipping route that has opened between Russia and the Arctic due to global warming.

#2 Growing fears of conflict between the Arab and Kurdish populations in Iraq.

#3 A border dispute between India & China, "and the hotline established between the two countries to avoid possible war."

Pretty interesting take. Do you remember hearing about these stories? Do you think they are a big deal? Would be curious what your take would be too... what important stories, either national or international or global do you feel the news media missed due to preoccupation with other subjects? Would be interested in your views!

For more background on this topic and interview on To the Point, and to see a link to the entire top 10 list, please visit, PRI.org, here: